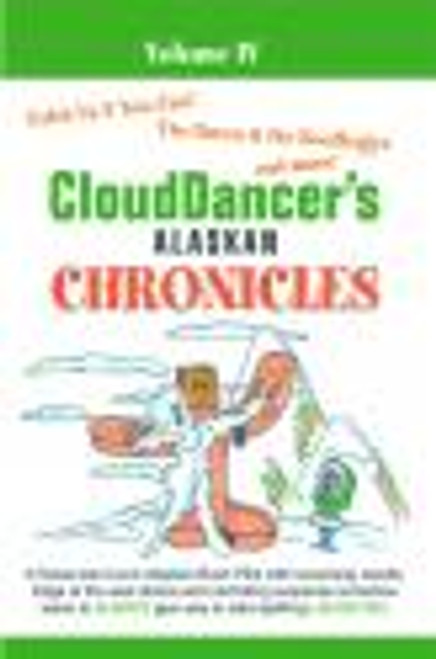 At LAST! The long awaited Volume IV of CloudDancer’s Alaskan Chronicles. After the gut-wrenching and soulbaring trip down the dark side of Memory Lane that was Volume III, The Tragedies, he needed some down time to recharge the creative batteries. Time to adjust to a new, better life and future, as a recovering alcoholic. Time to assess what had gone before, with an eye toward retaining what is best, and discarding those things in his past that hampered his ability to grow as a person and excel as an individual. The results speak for themselves! CloudDancer is back in the humor mode.

Once again, this charming aerial miscreant falls in love with every airplane he flies and almost every girl he runs into. You’ll be beside yourself with laughter sharing CloudDancer’s adventures in the air, on the ground, and under the covers! You’ll meet CloudDancer the FELON! He’ll introduce you to some of his favorite FEDs, and you’ll get the inside story of how he and his fellow pilots played cat-and-mouse with the boys from Fairbanks Flight Standards District Office 61, trying to stay one move ahead in their three-dimensional chess game.

Finally, ride along as CloudDancer shows one of America’s biggest 1970’s pop & folk music stars how the bush pilots do it! Our only worry is CloudDancer won’t promise us there will be a Volume V! But, on the upside, our favorite wing nut has revealed there are exploratory talks in Hollywood to bring the Chronicles to a screen in your living room. With fellow author and pilot Stan Jones of Anchorage, CloudDancer has developed scripts for television and movie adaptations combining his brand of aerial mischief and suspense with Stan’s riveting “Nathan Active” series of Alaskan murder mysteries! If successful, we’re sure CloudDancer will find the perfect Aloha shirt to complement the mandatory black tuxedo for the Oscars and Emmys!

CloudDancer today flys for a U.S. Airline. Logging his first flying hours at age 13 in 1967, his 25,000+ hour logbooks include 12,000 flown in arctic Alaska. Those hours provided both the drama and the laughter contained herein. Since running away at 19 to Alaska, CloudDancer remains devoted to “the Great Land".

This book is in a paperback edition.