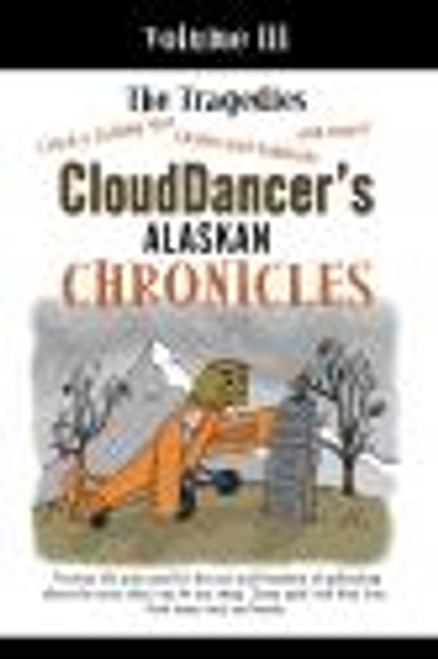 The place was the wild country of Arctic Alaska—a sprawling swath of tundra, mountains, lakes, rivers, and seacoast draped along the farthest edge of the northernmost of the United States. The time was the 1970s and 1980s, when tiny single-engine planes like the Cessna 207 were still the mainstay of an air taxi system that linked Alaska’s far-flung Bush villages with each other and with the outside world. There weren’t many navigation aids or airports, and weather reports and forecasts were sketchy and unreliable. This book is about that time and place and the men who flew those tiny airplanes in it, men who—in these stories—unknowingly took on death as a copilot when they took off for the last time.

This book’s author is one of those men. Time after time, he joined the frustrating search or the agonizing wait, and later the painful mourning, for a lost pilot who was a friend, co-worker or drinking buddy, or all three. Then, one day, his turn came. With years of Arctic flying under his belt and a near-new Bush plane in perfect working order under his control, he caught one of those curveballs that fate and the Alaska weather stash away to throw at an unsuspecting pilot at the worst possible moment. You’ll have to read the story to understand just how terrifying the experience was, what it was like to realize that death was, in fact, flying copilot that day, what it was like to arm-wrestle him for the outcome. As you’ll see, they fought it to a draw. The plane was totaled. CloudDancer survived without a physical scratch or scar, but still wrestles with the inner demons born on the tundra near Nome so long ago.

Like Ishmael from Moby Dick, he has returned to tell his tale, and the tales of so many others who have only CloudDancer to speak for them. For that, all of us who love a good story and think the passing of good people should be respected and remembered owe CloudDancer a huge debt of gratitude.

This book is in a paperback edition.