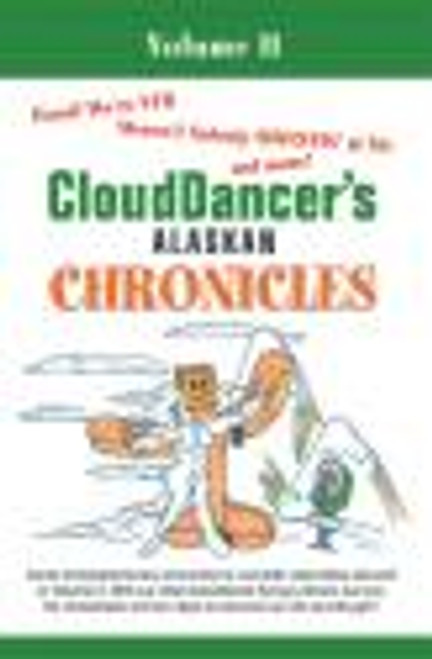 This is the second of a three volume series. Again you'll feel as if you're sitting right beside CloudDancer in the cockpit. Half your time is spent on the EDGE of your seat. The other half is spent laughing so hard you'll be glad you're wearing your seat belt. CloudDancer readers who bought the original book demanded more. Many refuse to even loan the book to a friend it is so cherished. And one pilot-Mom reports that her 12-year-old son used a story from the first book for a school book report. It got an A-Plus! Some may question whether these tales are completely true. CloudDancer swears they are. But nobody denies that they are some of the funniest flying follies ever written. Now read in at least 32 states and eight countries around the world, the CloudDancer's Alaskan Chronicles and that silly sack head's disciples have started a craze that keeps spreading. So come in and laugh till you feel good!

The book is in a paperback edition.